Heading to a cover a show for the ANBF last season I stopped off at a local Subway. As I was about to pay, the girl at the register noticed my Inside Natural Bodybuilding shirt and asked if I competed. After explaining what I did she proceeded to say “That’s impressive but I just don’t like those women with all the muscle, it’s just not feminine.” I began an attempt to explain that she likely was thinking of the non-tested female bodybuilders often seen on the internet… but then I realized I didn’t have all day to explain why she was wrong, and that there are way too many misconceptions to be cleared up in just a five minute conversation.

Man or woman, anyone that is involved in natural bodybuilding is often involved in similar discussions and likely just as frustrated as I was at Subway. Whenever people hear a women reference competing or watching a show they seem to automatically imagine IFBB female bodybuilders with enormous muscle size and veins that are popping out all over their bodies. What most people don’t know is that along with natural bodybuilding allowing women to have, yep you guessed it a more natural look, women also have several choices of divisions to compete in. Women with all types of goals, body types, and ages can find a division that best suits them and will give them an avenue to fuel their competitive fire. Some newer divisions have been added to a few organizations but this article will cover the three main divisions available to female athletes.

Where the Women at?

This will likely be a shock to many that aren’t active in the sport, but not every division requires you to pack on mounds of muscle and have striated glutes. The bikini division has grown tremendously in the past few years and has allowed women to mix serious competition with their desire to achieve that dream beach body.

Picture a sunny day at the beach. You’re laying out soaking up the sun and then you happen to look over and immediately notice a lady with the most amazing bikini body of anyone on the beach. Tight abs, defined hips and arms…and well-shaped legs make her stand out among everyone. Ladies often ask what they should do in order to achieve that look while men stare in amazement. Although this may seem like something these women are born with, I can guarantee many of those bikini clad wonders know the importance of proper exercise and nutrition. The bikini division essentially allows females that enjoy this look to continue making progress in their physique without going for the larger, leaner, and harder look of other divisions. 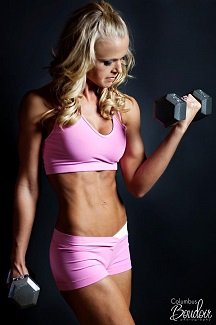 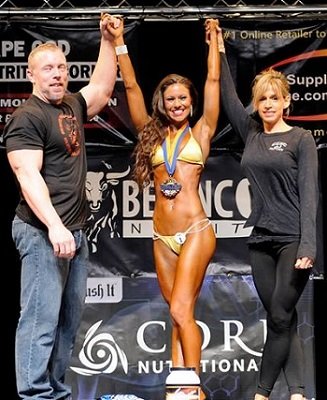 Whether a woman is looking for a nice booty to fill out those summer shorts or better shoulders for that date night dress, the importance of muscle is undeniable in an attractive female’s physique. The best way to explain the figure division is being in between the softer beach body look and the grainier, muscular bodybuilding division. As top figure pros in natural bodybuilding, Terri McBee and Alex Ellis are prime examples of how women in figure can have quality muscle and conditioning while still maintaining an attractive and feminine appearance. Figure division doesn’t perform the typical bodybuilding poses but instead relies on a mandatory routine called a T-walk along with a few standing and twisting poses. This division highlights muscular development and a limited amount of body fat while still allowing for feminine curves. The IFPA is one of the premiere natural bodybuilding organizations in the country. Since this division is caught in the middle and sometimes hard for people to grasp here’s an excerpt from the IFPA Figure judging criteria to help clear it up: 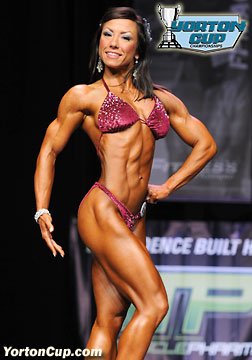 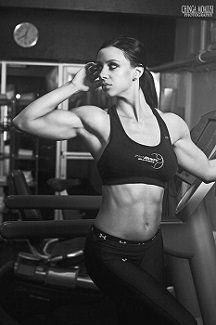 Women’s bodybuilding is just that. This division takes the more intense musculature and lower body fat known in men’s bodybuilding and adds a feminine touch. Typical bodybuilding poses like the front double bicep and front lat spread are performed but commonly with changes in hand placement to give the poses a more graceful and flowing appearance. Female bodybuilders typically diet longer as they prepare for shows in order to reach a lower body fat, revealing more muscle separation and vascularity. These ladies can hang with the men and often lift more than most average male gym goers! While the other divisions previously mentioned give women a lot of options, some prefer a more intense challenge of adding more muscle and coming into into shows at a lower body fat. 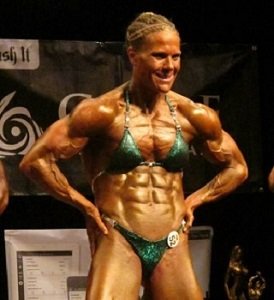 Top pros in any of these divisions will tell you that they got their shape and size by working HARD in the weight room. Chelsea Beaudin, pictured earlier in this article, has said several times in interviews that she got her legs and butt by squatting religiously. Yes that’s right; those bikini pros didn’t get that way from hours on the treadmill and lifting those 5lbs pink dumbbells every time they hit the gym.

The main difference in training between the various divisions will be the total volume and training focuses. A bikini competitor will likely have less volume and shift more focus on her lower body. Figure competitors likely have more total workload and added focus on their shoulders, back and legs while bodybuilding will work to add a lot of size all over. Each division has different focuses and goals but every one of them will be working extremely hard in the gym in order to make progress in their physique. Despite having different focuses I can also assure you they make sure to keep their training balanced, hitting all of the major muscle groups consistently in order to have a proportional physique.

There seems to be a never ending misconception that women should avoid lifting heavy weights… This couldn’t be farther from the truth. Among other reasons such as structure, testosterone levels have a large impact on the amount of muscle mass an athlete can gain(1). It is well known that men naturally possess higher levels of testosterone than women which should go a long way in dispelling the myth that women get “big and manly” by weight training. Sure some women will be more genetically disposed to gaining muscle than others, but the vast majority should not have this fear, especially if they aren’t consistently completing the workout volume and consuming the caloric intake of women in the bodybuilding division.

These divisions will all have similar training but the diet is where they begin to separate from one another. What many people should understand is along with working hard in the gym, all of these ladies work just as hard on their diets in order to make quality improvement in their appearance. If an athlete’s diet isn’t on point year round then improvement will be greatly impacted. One article couldn’t possibly explain what an entire diet should look like for each division since every person is different and must tailor their diet to their specific body type, metabolism, and goals. However each division will generally have different focuses during contest prep and the offseason.

In general bikini athletes will enter a contest with a higher body fat than the other divisions which allows them to have the softer, beach body look. It should be noted that “higher” body fat doesn’t mean they come in chubby. Relative to other divisions they have higher levels, but they still come in lean. During the offseason bikini athletes won’t consume as many calories, and will keep their body weight closer to their stage weight since their goal isn’t to pack on muscle. That being said top bikini athletes realize the importance of eating enough calories to fuel their performance in the gym, optimize their hormone levels and metabolism, and add the lean mass they need for added shape and symmetry when they step back on stage.

Figure girls, like their appearance, have a diet somewhere in between a bikini and bodybuilding athlete. They’ll likely have a higher caloric intake than a bikini athlete, and have a slightly higher body weight in the offseason as they work to add more muscle mass. When preparing for a show figure athletes will have a lower body fat than bikini athletes but still take in enough calories to have a softer look than bodybuilders.

Female bodybuilders will have a diet similar to their male counterparts. During the offseason they’ll have a higher caloric intake and slightly higher body weight in order to gain ample amounts of muscle size. As they prepare for a show their diets will be structured so they will come in as lean as possible to show more muscle. I can't stress enough that this is just a general guideline for those considering entering the sport or wanting to learn more about it. Total caloric intake and macronutrient distribution will vary greatly from person to person.

I’ve been active in the sport for just over 3 years and I couldn’t begin to count how many times I’ve been asked questions about women in the sport, or heard disrespectful comments regarding their participation. I have to believe most of this comes from simply not being educated on what options are offered to natural female athletes in the sport. My sincere hope by writing this article is that it can help to finally eliminate some of these issues and allow more women to realize just how great the sport can be. If you’re an active athlete this can be a great link to share with people that may be curious about the sport. Never competed in your life? Hopefully this can give you an idea of where you may want to compete yourself one day! The line’s been drawn, which side are you on?

Andrew Pardue is the marketing and content contributor for Top Supplements Online and also a sales representative for Core Nutritionals. Read more about Andrew by visiting our Sponsored Athletes section and also feel free to follow his personal journey in natural bodybuilding and the supplement industry at the social media links below: